Beware! Is your investment product a regulated “Collective Investment Scheme”?

The Securities and Futures Commission (“SFC”) in Hong Kong regulate investments in Hong Kong, and in doing so need to keep pace with the wide variety of ways in which new investment products can be structured.  One area of regulation covers financial products which constitute a “Collective Investment Scheme” (“CIS”). These products require authorisation from the SFC before an operator can offer or sell them and before an advertisement, invitation or documentation inviting the Hong Kong public to invest is issued or published by them or others. This is pursuant to section 103 of the Securities and Futures Ordinance (“SFO”).

A CIS is defined under Schedule 1 of the SFO.  It is materially the same as the definition of a CIS under the English Financial Services and Markets Act 2000 (“FSMA”).  The essential characteristics of a CIS in Hong Kong include:

The “OR” in element (4) above is of key significance. It means that actual collective pooling of funds or assets is not a necessary condition for there to be a CIS.  It is sufficient if the property is managed as a whole by or on behalf of the person operating the arrangements. 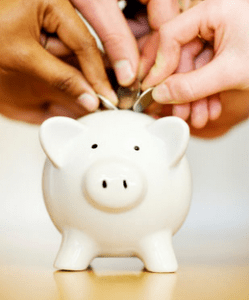 A notable example was the sale of individual hotel suites within Apex Horizon hotel in 2013 which was cancelled and the matter resolved with the SFC. Therefore it appears that in Hong Kong, there are no reported decisions to test the definitions of a CIS under the SFO in Hong Kong courts, including in relation to property related schemes.

In this area in particular there is a risk that those operating, promoting and selling schemes and investments may consider them to be unregulated due to the underlying nature of the investment (often property-linked investments, including farm land, hotel rooms, land banks with expected re-zoning, car parking spaces). However the definition of CIS may render such schemes as regulated products, schemes and arrangements, causing those promoting the scheme to contravene the SFO perhaps inadvertently.

Given the similarity between the Hong Kong and English provisions, it is likely that the Hong Kong court will consider English authority on CIS as persuasive and as giving guidance on the interpretation of the definitions. In this connection, it may be worthwhile to consider a few English cases dealing with the subject to understand briefly the approach that the English Court has taken in the past:

This case concerned a scheme where unsolicited invitations were sent to the public to invite them to participate in a scheme to make money on horse race betting using information not known to the public. Investors were to provide an initial sum of £500 which may grow by a factor of 10 each year.  Investors were also encouraged to use a common service provider for bet placement by paying a management fee and placement levy, although this is not compulsory and investors can place bets by themselves.

The English High Court held that this constituted a CIS.  Of particular importance is that the Court accepted that a scheme can be a CIS even if not all the participants in it have transferred day-to-day control of the management of their investment to the operators of the scheme.

This case concerned, among other things, whether an “African land scheme” constituted a CIS.  Under the African land scheme, investors bought subleases of rice farming land in Sierra Leone and received only income related to the harvest of rice from their own individual plot.

The central issue was whether the plots are managed by or on behalf of the operator as a whole. The operator of the African land scheme argued that because each investor only received a return based on the value of the crops (if any) grown on his individual plot of land, the individual plots were individually managed.  None of an individual’s income was derived from any part of the farm other than their own plots or from the individual plots being part of a larger whole.

The Court of Appeal then upheld the High Court’s analysis that the rice farm was managed as a whole based on 11 factors, including the fact that there was a single manager for the whole farm with complete autonomy over its management, bonuses payable were based on average yield per hectare without reference to individual plots; management decisions were taken by reference to the interests of the project as a whole rather than the interests of any individual investors.

The separation of the plots had no valid commercial purpose, other than as an attempt to have the scheme fall outside of the definition of a CIS.  The essence of the scheme was as stated on the brochure advertising the scheme – “We harvest – you profit”.

This case concerned investors who bought individual plots of land from the operator on the understanding (based on oral representations) that the operator would then arrange for the land to be rezoned and procure the sale of the rezoned land.  After the sale of the rezoned land, the investors will be paid a share of the total consideration paid by the purchaser.  The contract for the sale for the individual plots contained a clause that there had been no representations made by the operator and a clause that the operator has no obligation to apply for planning permission or to perform any service as a whole for the investor after the individual plots was purchased.  The operator therefore argued, among other things, that there is no arrangement (given there is no mutual expectation on what would happen and the oral representations were excluded by the clause in the contract) and there is no management as a whole (given the investor could build on their plots if desired).

The Court of Appeal held that there was a CIS.  Addressing the arguments above, an “arrangement” could be based on oral representations and could subsist in the face of inconsistent contractual terms.  Further, what constitutes “management” will depend on the nature of the property in question.  Here, the management consisted of the activities needed to increase the value of the plots and then sell them.  It did not matter that investors had, in theory, under the contract, rights to apply for planning approval individually and individually to sell their respective plots.  Because it was the operator in practice that applied for the rezoning and arranged sale, it was in practice a CIS.  The Court of Appeal endorsed Re Sky Land Consultants Plc [2010] EWHC 399 (Ch), which held in a similar land banking scenario that, the “property” should mean the larger block of land comprising the individual plots and the relevant “management” was the rezoning and sale of the entire property in practice conducted by the operator and not the investors.

(The UK Supreme Court has granted permission for the operator to appeal and therefore, the Supreme Court’s ruling on the definition of CIS in England may be forthcoming.)

From the brief outline above, the overall trend of the English Court appears to be to interpret the definition as broadly as possible and regards products falling within the definition, even where (and to some extent because) the products were structured to try and evade the definition.  It is of particular note that in Capital Alternatives the Court of Appeal agreed that it was not necessary to adopt a restrictive construction simply because FSMA contains criminal sanctions.  The provisions in Hong Kong also contain criminal sanctions for those contravening the requirements for regulated CIS products and schemes.

The Courts have also looked at the practical and intended operation of schemes and the overall and anticipated expectation of how such “arrangements” might be managed, rather than solely looking at the strict legal framework and the formal legal entitlements of the parties.

It remains to be seen if the Hong Kong court will adopt a similar approach.  In order to avoid any possible allegation of operating or advertising a CIS without SFC authorisation, promotors and operators seeking to structure their products so as to fall outside the definition of a CIS should seek detailed legal advice before marketing the product.

The Financial Services Regulation and Compliance Group is led by the 'very responsive' Russell Bennett, the 'highly regarded' Edmond Leung, and the 'particularly knowledgeable' Pádraig Walsh.