Legal update: Hong Kong Insolvency Law – in need of its own restructuring?

The purpose of this short note is not to conduct a detailed critique of the law in Hong Kong in this very broad and complex area but to provide a brief sketch as to certain of the challenges faced by industry professionals and what steps are, hopefully, being taken to improve the situation.

The winding-up legislation itself is currently under review. The relevant bill is scheduled to be introduced into Hong Kong’s Legislative Council (LegCo) during October 2015.

The details of what the new legislation will bring is beyond the scope of this whistle-stop overview but the five main areas to be dealt with relate to commencement procedures; appointment, powers etc of provisional liquidators and liquidators; conduct of a winding-up (including as to the costs of a winding-up); voidable transactions; and investigations and powers regarding offences. Importantly for creditors, the proposals include the introduction of provisions to attack antecedent transactions made at an undervalue. Surprisingly, although the Hong Kong legislation concerning personal bankruptcy covers this, the current corporate insolvency legislation does not.

Unfortunately, however, the proposed changes do not address the two important areas mentioned earlier, namely corporate rescue and cross-border issues. The latter was specifically raised during the consultation period; provisions for assisting foreign procedures have been included in the English legislation for almost 20 years (s.426 of the Insolvency Act 1986). Further, the Hong Kong Companies Judge recently stated that it would be “highly desirable“(1) to include such provisions. However, the Government rejected the idea, saying only that it “will closely monitor the international development in this regard…“. Such issues have troubled various common law courts a number of times in recent years with the Privy Council itself being involved on a few occasions (demonstrating the complexities)(2). It is therefore an active area and some of these recent decisions have turned on the relevant legislation having no equivalent to s.426. Given the complexities and with no suggestion that Hong Kong should become party to the UNCITRAL Model Law on Cross-Border Insolvency, this is a missed opportunity on the part of the Hong Kong legislature.

Furthermore, with an increasing diversification of stakeholders (beyond the traditional lender-borrower scenario); and increasing complexity of the rights and obligations involved; and given the obvious value in being able to avoid a formal liquidation in certain cases, the failure of the Hong Kong legislature to introduce a regime to assist corporate rescue is perhaps even more surprising.

As long ago as 1996 the Law Reform Commission recommended a statutory corporate rescue procedure. This resulted in a bill in 2000 which, in brief, provided for a procedure to be known as provisional supervision under which the stewardship of a restructuring would be placed in the hands of a provisional supervisor (it was not a “debtor in possession” regime). Importantly, a restructuring could be attempted with the benefit of a moratorium. Unfortunately, the bill did not progress (largely due to certain provisions as to employees and personal liability of the provisional supervisor). Despite being resuscitated in 2010, we appear to be no nearer to the legislation being re-tabled before LegCo. A LegCo paper suggested there could be a (yet) further consultation with a view to including the corporate rescue procedures and the amendments to the winding-up legislation in the same bill. This would be of considerable advantage to users of such legislation, particularly as proposals to finally bring an “insolvent trading” provision into Hong Kong law are in the corporate rescue bill, not the proposed winding-up amendments. However, dealing with corporate rescue and the other amendments in the same bill appears unlikely to happen: the paper states that without consensus on the corporate rescue regime, the two would progress separately. As no consensus has been reached on any of the various occasions on which the corporate rescue procedure has been debated in the past 20 years it seems unlikely that a consensus will be reached now (with the winding-up amendments apparently imminent). Again, this is a missed opportunity.

To conclude, the legal framework against which stakeholders’ rights and obligations must be assessed remains fragmented. For cross-border matters, we will need to rely on the common law developments (and a recent case has shown the difficulties of this with the Hong Kong Court determining that it was beyond the scope of appropriate co-operation to assist foreign procedures to allow certain relief even though such relief was sought pursuant to a letter of request from the English Court)(3); corporate rescue legislation appears some way off (including its insolvent trading provisions); and the relevant legislation remains contained in various sources rather than a single Ordinance. A restructuring would, in my view, be helpful.

See previous article: Corporate Rescue in Hong Kong: What will it eventually look like?

This article appeared in Expert Guides: Banking, Finance and Transactional Law published by Euromoney in August 2015. 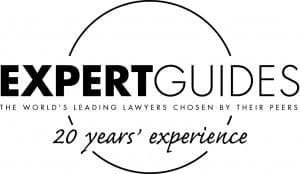 Tanner De Witt is the best in the field of restructuring and insolvency.